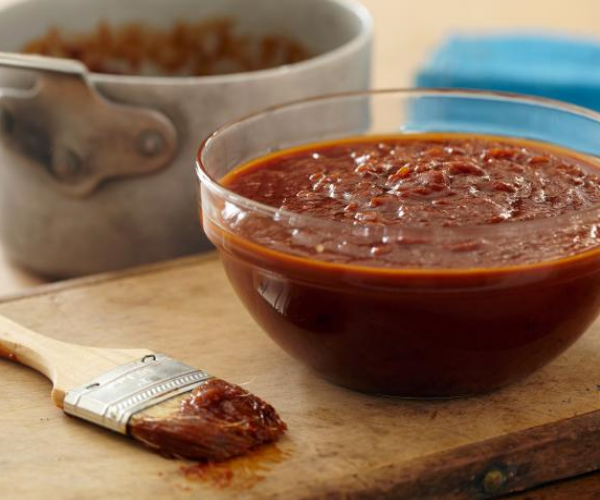 So you want to make your own homemade BBQ sauce? Fantastic-there is way too much mediocre BBQ sauce out there: too thick, too cloying with overuse of liquid smoke, and, well, insipid.

On the previous page, I told you that the sauce most people think of as the perfect “BBQ sauce recipe” is the Kansas City Style BBQ sauce recipe- ketchup based,with a bit of sweet and a bit of sour (actually KC sauces are pretty sweet) and some spice.

First I am going to give you some amounts, and then some ideas on how to make the homemade sauce “your own” with the addition of different ingredients. Eventually, I am going to offer a BBQ sauce recipe for my own sauce for sale, that I developed for my restaurant. It is the best BBQ sauce recipe I have seen, and took me quite a while to develop and that’s why I am going to offer it for sale rather than give it away. But, until then, don’t worry, you can make some great sauce on your own!

Saute the onions until soft. Add all the other ingredients except the Tabasco, apple juice and salt. Bring to a simmer turn off heat. Now, you can add salt to taste, Tabasco to taste, and apple juice to get the sauce to your desired consistency. We’re using Tabasco rather than cayenne, as it adds another vinegar note.

We’re using apple juice instead of water as it adds a bit more sweet, and apples and pork go hand in hand. Many recipes say to simmer the sauce forever and that is largely horse sh%!.

Once you bring the sauce up to a simmer and turn off the heat, the cooling process will be more than enough time for the flavors to meld. (Oh I know, some say to simmer the sauce to reduce and evaporate and thicken, but again, I don’t think it’s necessary.) Now, I said basic BBQ sauce recipe- what could you do differently?

1. You could start with bacon fat instead of butter to add a different flavor.

2. You could vary the type of vinegar- for example rice vinegar is not as acidic and has a much lighter flavor profile.

3. Instead of Tabasco, you could use cayenne, or if you like smoke and heat- how about chipotles? These peppers rock.

4. Do you like garlic? Add it! You can do it early for less of a pronounced flavor- saute with the onions or, add it late for a distinct garlic buzz.

5. If you like smoke, especially if this sauce is for use on non-smoked meats, why not add some liquid smoke? But be careful- too much and it overpowers any sauce.

6. Instead of brown sugar- or in addition to- you can use molasses- this adds a very dark, flavorful undertone.

7. How about a bit of yellow mustard? I like the bite it gives.

8. A bit of chocolate? Don’t laugh- powdered chocolate gives the moles of Mexico their deep flavor. You can stir a little chocolate powder in for a try.

9. You can add some Worcestershire sauce.

10. You can add some paprika, chile powder, or even cumin for a bit of a Southwestern flavor.

Now, you may say, Hell, I would need to make about a hundred batches to incorporate all of these things. But no, you don’t. A tip:

Once the base sauce is made, ladle a bit into a number or small bowls- then add whatever ingredient you’d like to test proportionately, and if you find a winner, you can then doctor the whole batch. So, at the very least, I hope you see how simple a BBQ sauce recipe can be, and that you don’t have to rely on the frequently overpriced ones on the shelf.

But no matter how good the sauce- remember the mantra: the meat is the key! 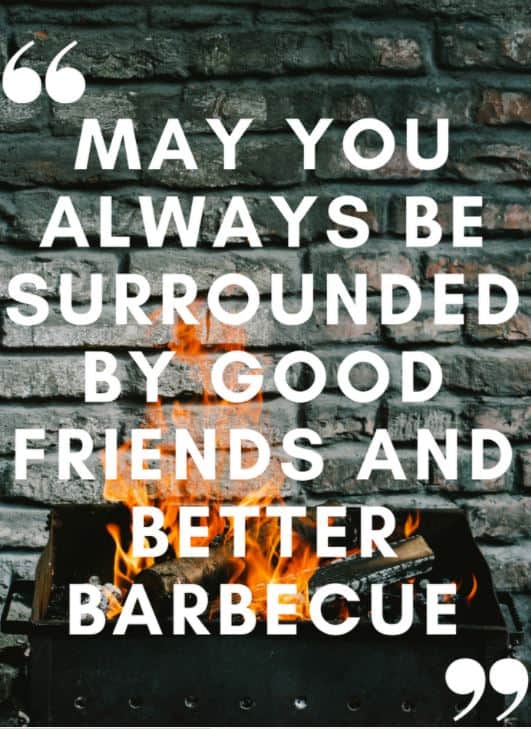